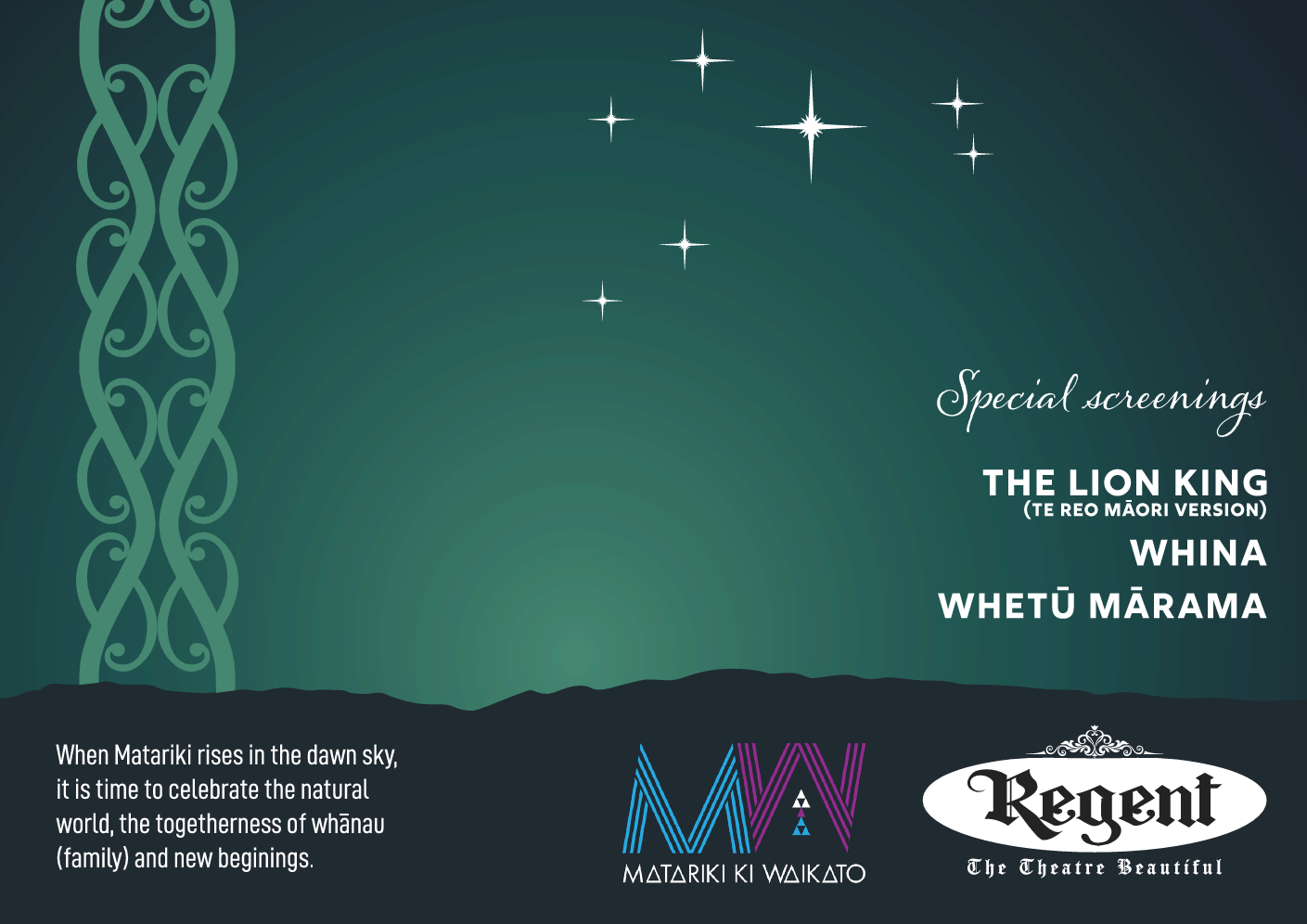 Whetū Mārama
What Sir Edmund Hillary did in conquering Everest, Sir Hekenukumai Busby has done in reclaiming the lost art of traditional Māori voyaging, sailing the vast Pacific navigating by the stars – restoring the past to carve our way into the future.

The Lion King Te Reo
Follow the story of Simba, Timon and Pumbaa as you’ve never heard it before, fully dubbed into Te Reo Maori!

Whina
The story of a woman formed by tradition, compelled by innovation, and guided by an instinct for equality and justice whose legacy as the Te Whaea o te Motu (Mother of the Nation) was an inspiration to an entire country.